When I took the job which led to my relocation to Chester, one of the things I noted was the chance to use the bike-to-work scheme through Cyclescheme. After being in the job for a few months, I decided to go for it

The process of getting the voucher was relatively painless, requesting it from the Cyclescheme website through an employer-specific link. After a few weeks the voucher was given to me (I’m not sure why it took so long) and I ordered the bike from The Bike Factory. I could have ordered it before the voucher came through, but this being my first time using Cyclescheme, I didn’t want to take the risk of ordering the bike and being refused a voucher for some reason. When I ordered the bike, the salesperson suggested it would typically take 3-4 weeks to arrive from the manufacturer, but a few days later after the order had been placed I was contacted and told that the bike would take 9 weeks to arrive, being ready to collect on the 17th July.

After this I did not hear from The Bike Factory until a few days before I was due to collect the bike. I had seen another person at Chester station with a bike from The Bike Factory  and it had a rather large sticker on the frame advertising the shop. Naturally I wanted to avoid having a rather excessive piece of branding added to my new bike and so I emailed the shop to request they not fit the sticker. On the 16th I received a reply, and was notified that due to a delay with the manufacturer the bike would not be at the shop for up to three additional weeks.

Naturally I appreciated that the delay was not the fault of The Bike Factory, but I was very unhappy that they had waited until one day before I was expecting the bike to tell me about this significant delay, especially an internet search revealed that other retailers had notified their customers of this same delay at least a week earlier. They did eventually offer to lend me a courtesy bike, but by this point it had gotten quite close to the new delivery date and it didn’t seem to be worth the bother any more.

I have got the bike now, I am very happy with it and I will be writing about my impressions soon. Buying through Cyclescheme was relatively painless, although issuing the voucher took longer than I would have expected. The lead time for the bike was more than I expected and the delay was quite annoying. Whilst this was less than ideal, I was pleased that The Bike Factory tried to make amends in the end by not charging me for the additional options I had specified on the bike which were not covered by the Cyclescheme voucher (including the Cycling Embassy of Great Britain colour scheme). 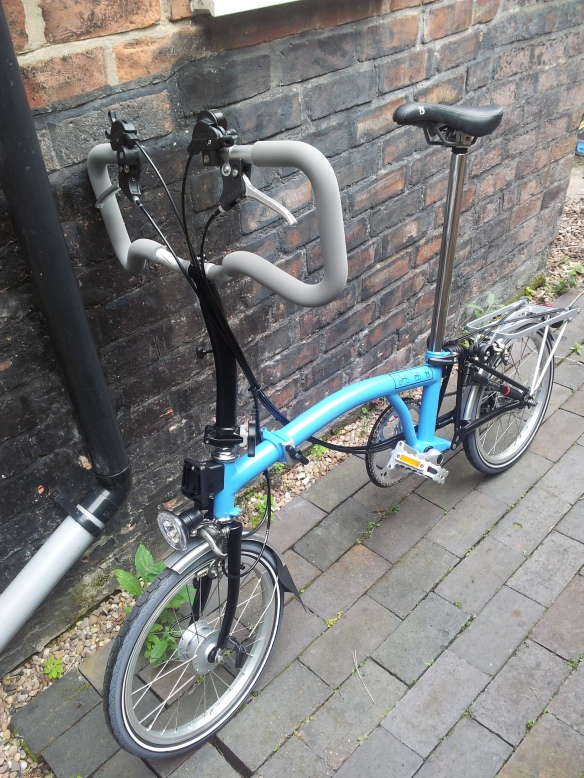 8 thoughts on “The Long Bike-to-Work”